This study of the Chad Pipeline Project is an on-going, longitudinal study that is intended to span the 25 to 30 year life of the oilfields. Initiated by Dr. Lori Leonard (Johns Hopkins School of Public Health) and has initiated in 2001, the study has since developed into a multidisciplinary enterprise that brings together faculty and professionals from public health, political science, anthropology, and soil science in the US (specifically at the Johns Hopkins University and the University of Maryland) and Chad (particularly the Centre de Support en Santé Internationale/Tchad). The interest of all participants stems from the fact that the outcome of the “Chad experiment” will have implications for development theory and practice.

As an experiment, this oil and pipeline project represents the World Bank’s most recent development strategy for resource-rich poor countries.Indeed, it stands apart from other large-scale infrastructure projects because of the degree of social programming and the level of public scrutiny attached to it. Under accords initiated by the World Bank, the three main protagonists – the World Bank, a consortium of oil companies led by ExxonMobil, and the government of Chad– agree to a number of commitments: Specifically, the government of Chad agreed to invest nearly 80 percent of its oil revenues in health, education, agriculture, and rural development, and an additional 5 percent in the oil-producing region. For their part, the oil companies agreed to implement programs to mitigate the social and economic impacts of the project on local populations. This included the provision of compensation packages to households that lost agricultural land, fruit-bearing trees, or their homes. In some cases compensation packages included the retraining of household heads in non-agricultural trades. Community compensation was provided to localities that lost access to fields held in fallow. Finally, the World Bank appointed oversight bodies to monitor the implementation of these agreements.

We currently have two major studies underway around the Chad pipeline project. The first examines the process of health transition. Directed by Dr. Leonard, this study focuses specifically on one set of relationships implicated in health transition: those linking property regimes and systems of land tenure to agricultural production practices and soil ecology to patterns of household food consumption to nutritional and health status. One of the project’s main objectives is to examine how households respond to changes in property regimes, particularly the transition from communal land trusts and collective ownership to individual and private holding, with special emphasis on the implications for agricultural production practices and soil systems. Other objectives are to investigate how changes in agricultural production practices impact household food security and to examine how food security is related to patterns of household food consumption and to the nutritional status of household members. The investigators will use a comparative perspective to examine the specificities of the transition process in three localities that differ in terms of their (1) proximity to the oilfields and pipeline; (2) productive base; (3) level of integration into the cash economy; and (4) access to health care facilities and institutions of governance. The project will incorporate household surveys, anthropometric measures, soil testing and land use surveys, archival research of judicial records, and interviews with local authorities and key stakeholders in the project. This project will integrate disciplinary perspectives from the social sciences (political science, anthropology, economics), the health sciences (public health and medicine), and the natural sciences (ecology and soil science). (For further information, see, Pathways to Health: Adaptations and Change in the Context of the Oil and Pipeline Project in Chad (BCS-0527280). National Science Foundation, Human and Social Dynamics (Co-Investigator; PI Dr. Lori Leonard). September 2005 – February 2009). 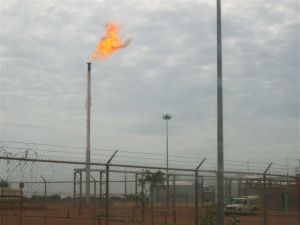 The second study, directed by Siba Grovogui, is a test case of the assumption that when subjected to certain law-like systems of rules and procedures an extractive industry can serve as the foundation for national development, poverty reduction, and improvements in living conditions in one of the world’s poorest countries. At stake in the Chad experiment therefore is the notion that the institutions of market and property –incorporated by the oil consortium under the rubrics of the Environmental Management Plan (EMP) and the Petroleum Sector Management Capacity-Building Project (CBP)– can constitute the basis for equitable development. The overall aim of the study is to determine how the rule of law and market-oriented mechanisms mobilize interests and identities under neoliberalism to justify specific distributions of outcomes as equity and justice. The study has two specific aims. The first is to examine whether the principles and mechanisms that underpin the pipeline project cohere with the fundamental rights and constitutional principles theoretically associated with the rule of law. The second aim is examine how the World Bank, the oil consortium, the state, and citizens understand and incorporate the rule of law in their activities. It allows us to determine how the law and market-oriented legal systems mobilize interests and identities to justify specific distributions of outcomes as equity and justice, and how different social entities benefit from the law and its mechanisms. Our central concern here is with the utility and function of the rule of law. This is measured by the perceived necessity of agents to comply based on the actual benefits of compliance and not merely on formal legal stipulations. Consistently, our investigation allows us to explore the conditions under which the World Bank, the oil consortium, and the state may be said to be dependable forces for justice under the rule of law. (For further information, see Global Responsibility and the Rule of Law: The Chad Model (SES-0721712) National Science Foundation, Law and Social Science (September 2007 – August 2009) (PI, Siba Grovogui; co-PI, Lori Leonard).